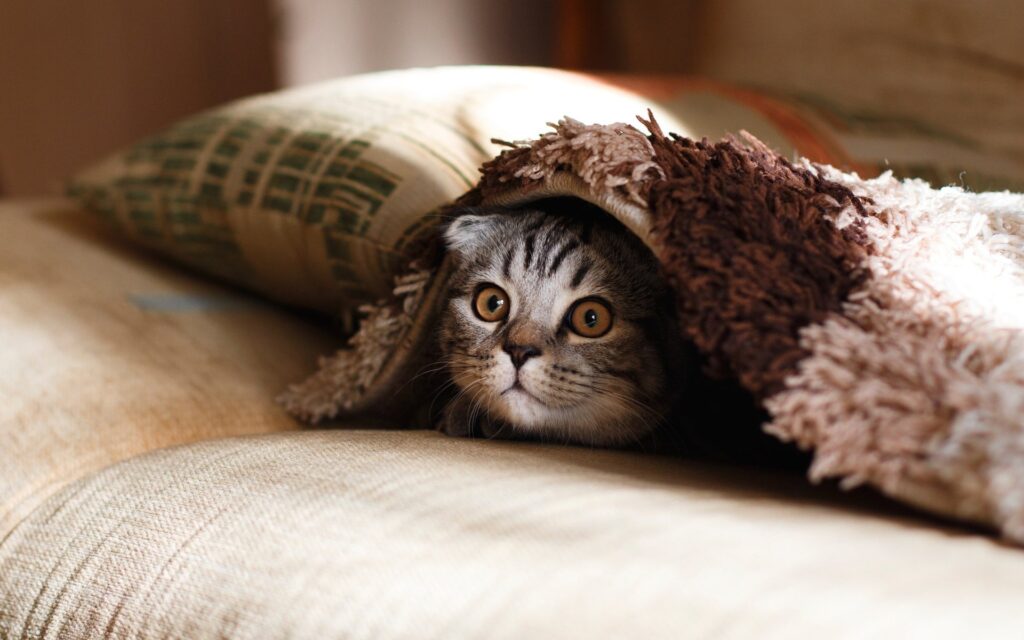 You’ve probably heard someone use the term, ‘Cat got your tongue?’, before. But, this isn’t the only popular cat phrase about our feline friends! There are many, some of which are as quirky and puzzling as your kitty! Here, a local veterinarian lists the top five popular cat sayings.

Back in the 1920’s, flappers used the word ‘cat’ to describe someone they thought was cool. This famous phrase came into our common language around this time, as did the saying ‘The Cat’s Meow’. First made popular in the comic strip Indoor Sports, the phrase made a comeback in the 1960’s, and is occasionally used the same way today.

Look What The Cat Dragged In

It’s not difficult to figure out where this saying came from. When you first brought Fluffy into your home, she probably befriended you by offering a gift. As any cat owner knows, this is a pretty big deal. Cats take these gifts to their humans very seriously. All they ask for is praise and rewards in return. And, the cat that inspired the phrase? She could have dragged in anything from a porcupine to a snake to a skunk. Have we mentioned that vets recommend that you keep your kitty inside?

This phrase seems to have originated from the time when people had thatched roofs. If Fluffy reached a high vantage point, she could potentially fall through a soaked roof. Going back to at least 1651, this saying appeared in Olor Iscanus , a poem collection.

Watching a cat ‘stalk’ a bird or chipmunk can be mesmerizing. Fluffy can move very quietly and gracefully, two skills that burglars try to emulate. Like burglars, some kitties have sticky paws. Some have been known to steal underwear, toys, sausages, and even bikinis!

If you have more than one feline friend, you may notice that Fluffy and Mittens sometimes do the same things. They might sleep in the same spot or position, sync up their napping schedules, or fight over toys.

Let The Cat Out Of The Bag

We have to be honest, we’re a little purrplexed on this one. Most cats are more interested in getting in a bag than getting out of one!

Contact your local pet clinic for any of your pet care needs. We’re here to help!